I started a node for testnet with docker, but for some reason it is always loading more and more blocks, and it doesn’t finish, I have about 2 hours waiting. 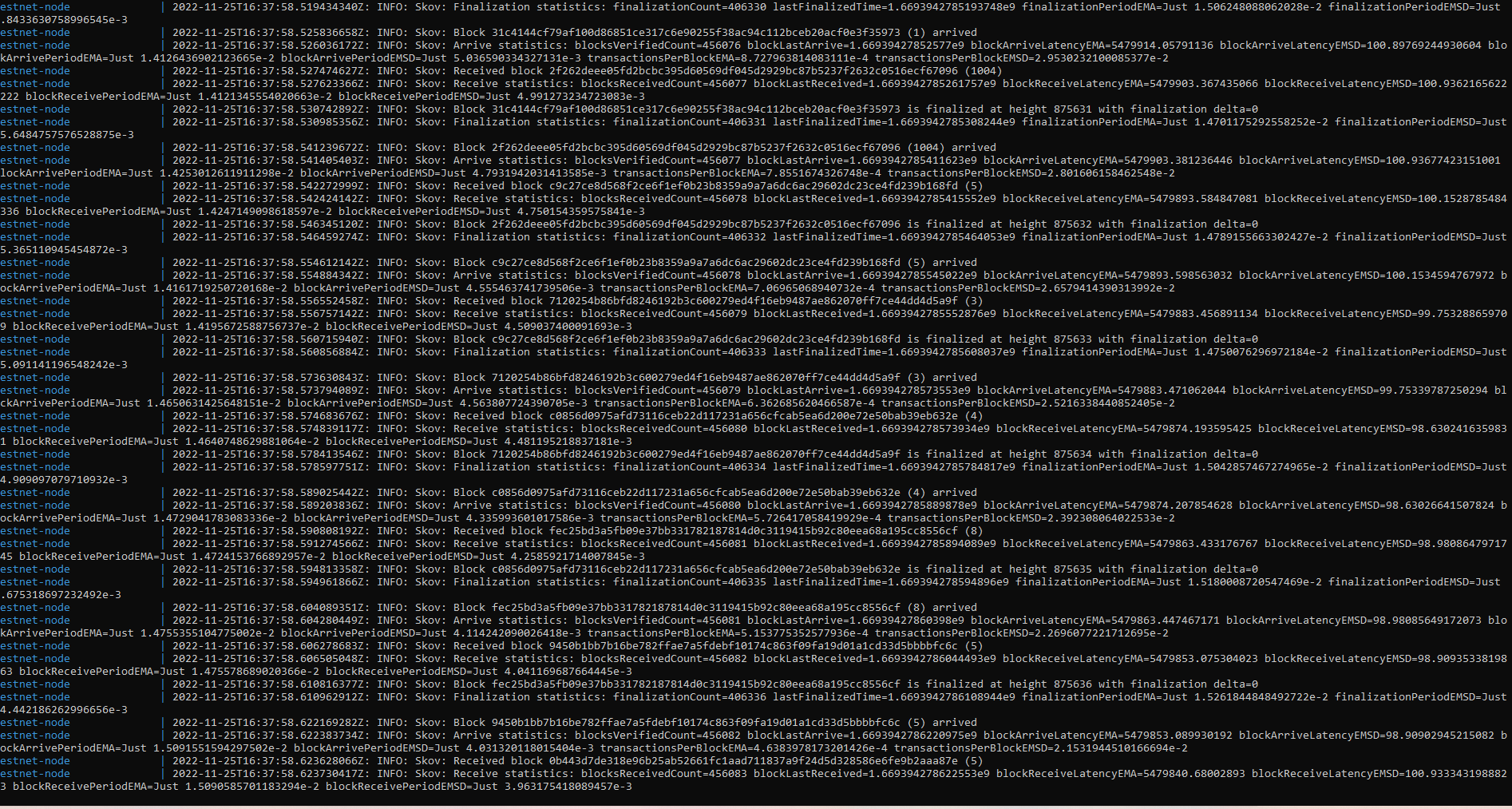 hi osmany!
Logs will continue to show real-time synchronization and more and more new records will constantly appear that contain information about the current operation of the node and the blockchain. This is completely normal and works as it should. With each new finalized block in the chain (which appears approximately every 10-15 seconds), you will see new logs.

As I can see on the dashboard, your node has fully synced and continues to do so

As soon as you run your node for the first time, then the blockchain database starts to synchronize the chain and you could notice a huge number of logs, but once full synchronization is achieved, the appearance of logs will be, as I said above, with each new block.

@osmany When the node starts up it needs to catch up with the head of the chain.

From the screenshot it looks like your node was almost caught up at that point with testnet head.

It does take some time to catchup, the exact time depends on the computer. For example on mainnet it takes upward of 11 hours to do so. On testnet it should be less, a couple of hours.

After the node is caught up it will still print new messages in the log. Every 10s on average it will print a new block, since that is the time a new block is baked by the network on average.

Your configuration otherwise looks correct, although I would recommend changing the node name away from docker-test since that is the name used in examples.